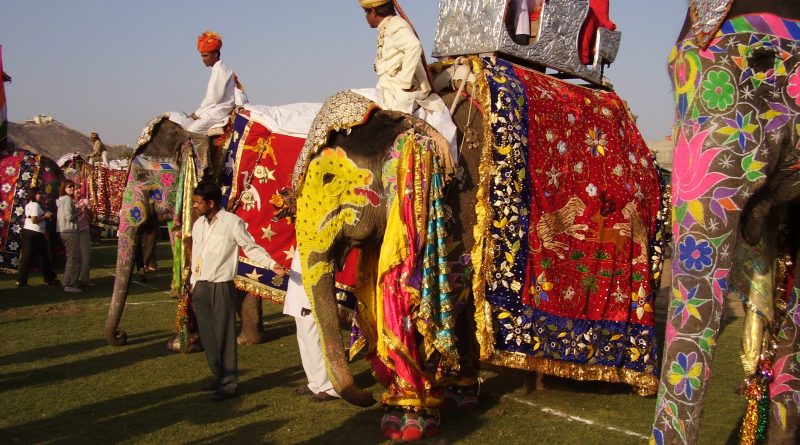 Reaching the Amber Fort outside Jaipur

The deafening mess of New Delhi continues even in the capital of Rajasthan; as usual I can’t sleep after 7.00 am because of the continuous horn blasts and street vendors who scream who knows what.

Therefore we find early a rickshaw for the Amber Fort, located about 10 kilometers outside the city, perched on the Amer mountains from which we see the vast and now barren surrounding plain.

We agree with the driver for the return. “I’ll wait for you here after an hour,” he says.

I don’t like to visit places having to watch the clock. My mother and I are drawn to a fort that is right on the top of the mountain. We take a look and without words we take the walled upward slope. On the path we meet an elephant with a head embellished with pastel-colored flowers. The skinny and poorly dressed master guides him towards the city. “Why did you paint your elephant?” I ask him.

“How do you not know? This afternoon in the center there is the Elephant Festival! Half India come here to celebrate!” he replies amused by my ignorance.

“Really? Thank you!” This explains why I could not find a free room in the whole city! We arrive at the top half-breathing and enter the Fort for a fee; inside we find old cannons still arranged in the holes of the walls and not so much to be seen. I believe that the English also used this strategic location during their occupation.

Anyway the view extends over the entire valley: barren ridges almost without vegetation in which hollow there is a small village, a mirror of water called Maota and the bare plain on the horizon; here is the view of Rajasthan.

The history of the Amber Fort

We decide to go down and finally visit the Amber Fort, whose history is filled with blood according to the legend written in the guide. It is said that Amer’s first ruler was Raja Alan Singh, of the Meenas tribe, the one he had built in the 10th century AD about the first palace, calling the city Khogong. As a pious man, he welcomed a woman and his son in search of refuge with open arms, sending the orphan, once he grew up, to Delhi to increase the prestige of the tribe.

As thanks for the hospitality and care of the king, the young man returned with some warriors from the Rajphut tribe during the religious celebration of the Pitra Trapan; when the king and his guards, according to tradition, left arms and went to pray in a nearby temple. The young Dhola Rae and the Rajphuts mercilessly slaughtered the entire Meenas tribe. The Rajphut tribe conquered the territory and the action of Dhola Rae is still considered the most odious in the kingdom of Rajashtan.

In the 17th century, King Raja Man Singh rebuilt the Amber Fort on the former ruins, greatly expanding the original, and further modifications were made by heirs including Raja Jai ​​Singh I, until the end of the century. In 1727 the reigning ruler decided to move the capital from Amber to Jaipur.

Architecture of the Amber Fort

The square in front is full of buses and tourists of various nationalities, with obviously numerous vendors in tow. We enter by avoiding the merchants through the imposing Sun Portal or Suraj Pol, located on the eastern side. The entrance testifies the Islamic and Hindu style used in the architecture of the Palace, built mainly with sandstone and white marble. The Suraj Pol has a portal with an ogival arch, with two minor entrances in the same style, underlying a cloister in Hindu style; everything is preciously decorated with floral and geometric styles where red and green prevail.

From this gate it was usual to return the Rajphut army that gathered in the inner courtyard, Jalebi Chowk, one of the four present in the Fort. On the left and second courtyard ther e’s the Audience Hall or Diwan-I-Am; where the Rajphut listened the complaints of the people and where the aristocracy met to discuss politics and military strategy. The Hall is a covered colonnaded portico, with interesting capitals decorated with heads and proboscis of elephants and other floral motifs.

On the left there is a small temple dedicated to the god Shiva with wooden massifs doors covered in silver plaques with high reliefs.

We pass through the elaborate Portal of Ganesh, dedicated to the elephant god, richly decorated and colored with mosaics and sculptures to access the courtyard reserved to nobles. We discover a fabulous Mughal style Garden where bushes and flowerbeds form complex geometries reminiscent of lotus flowers, separated by plays of water and fountains; on the left we enter the small palace Jai Mandir or Mirrors’ Palace, where multilayer glass panels form magnificent decorations and colorful plays of light on the walls. Here the nobles celebrated victories. On the right there is the Sukh Mahal or the Room of Pleasure, where the private rooms of the nobles were located.

In the South of the courtyard there is the oldest part of the Palace, built by Raja Man Singh I, which has an inner courtyard with a Baradari Pavilion or a covered colonnaded cloister, accessed by four entrances on each side where there are rooms with balconies open. This exit of the Palace is an escape route for the town of Amer.

The fourth courtyard is the Zenana, the space intended for noble women and concubines; many living rooms are structured so that one cannot see who the king or nobleman was visiting, thanks to the shared corridor.

Return to the city

We return back to our rickshaw driver who has been waiting us for more than two hours. Fortunately we find him present and smiling. “Mam, I’ll take you to a shop to see some fabrics, okay?” He asks us almost as if it was an order.

Since we made him wait for almost double the agreed time, I consent. We find ourselves in a shop, where meters and meters of fabric are colored with simple metal prints. The owner is kind and affable; that is why we buy some scarf in memory of Jaipur.

Finally the taxi driver accompanies us to our poor hostel and asks: “Well, you were an hour longer at the Fort; so I expect more.” And I, a little tired of these prevarications, answer: “Yes, but we came to your friend and we did shopping.”

Surprised by my answer, he stays silent and my mother, who is a holy woman, gives him a tip anyway, even knowing that his artisan friend would have already given him a percentage on sales.

In the early afternoon we go to the open city stadium where the Elephants’ Festival Parade is held. Hundreds of people are already arranged along the edge of the track. The stands are simple wooden benches and thankfully we can sit somehow in the crowd of Indians.

As soon as the parade starts, elephants with placid heads decorated with long flowers appear at the bottom of the runway, some are draped with veils and canopies with aboard somebody who should be the marajà in person, complete with costumes and slaves in tow. The designs on elephant faces are incredible; there is a yellow tiger painted around the eye and the fangs are full of showy bundles.

Then appear camels full of sequins and dancers dressed in traditional costumes that perform the typical dances of the region in sound turns. The music is deafening, the presenter lists all the wonders among the applause of the joyful participants.

At the end of the parade we cannot resist; we can get on the track and I immediately approach the elephants. I caress his skin, while the “marajà” looks at me with a grimace. Will they be well kept? I wonder. At the Amber Fort I had visited the stables of the stealthy elephants; the various owners or “carers” were cleaning and feeding them in a large and well-kept space. Later I read the reports of mistreatment found; I didn’t get this impression, at least during my visit.

A boy pulls me and asks me: “Do you want to come up?” Indicating the elephant in custody. My eyes shine and I immediately accept. I don’t want to step on the elephant’s leg, but to go up I have to and the little boy really pushes me on strength. And voila, I’m at the top of the elephant! How high they are! Scratch the bristly and rough back of the pachyderm that seems to like it. The tour lasts a couple of minutes and the boy lets me down. Now it is my mother’s turn who promptly takes my place.

I hadn’t talked about money and I find myself in an unpleasant situation: the boy asks us for an enormous amount for the experience just passed, the same one that you pay for at least half an hour. I refuse and tip him; he looks at me wrong and goes to the next customer; a fifty-year-old German woman who has already given me the amount he requested. 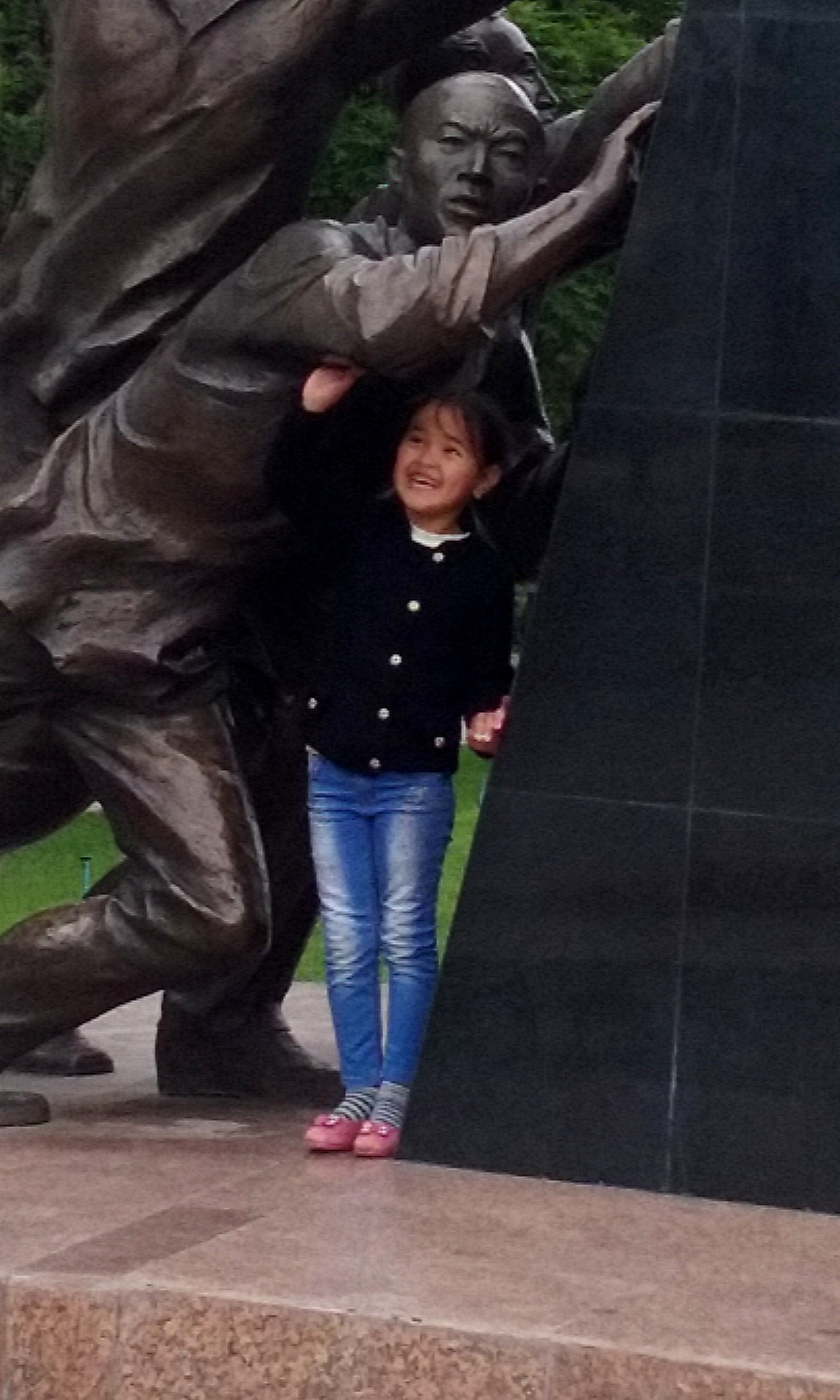 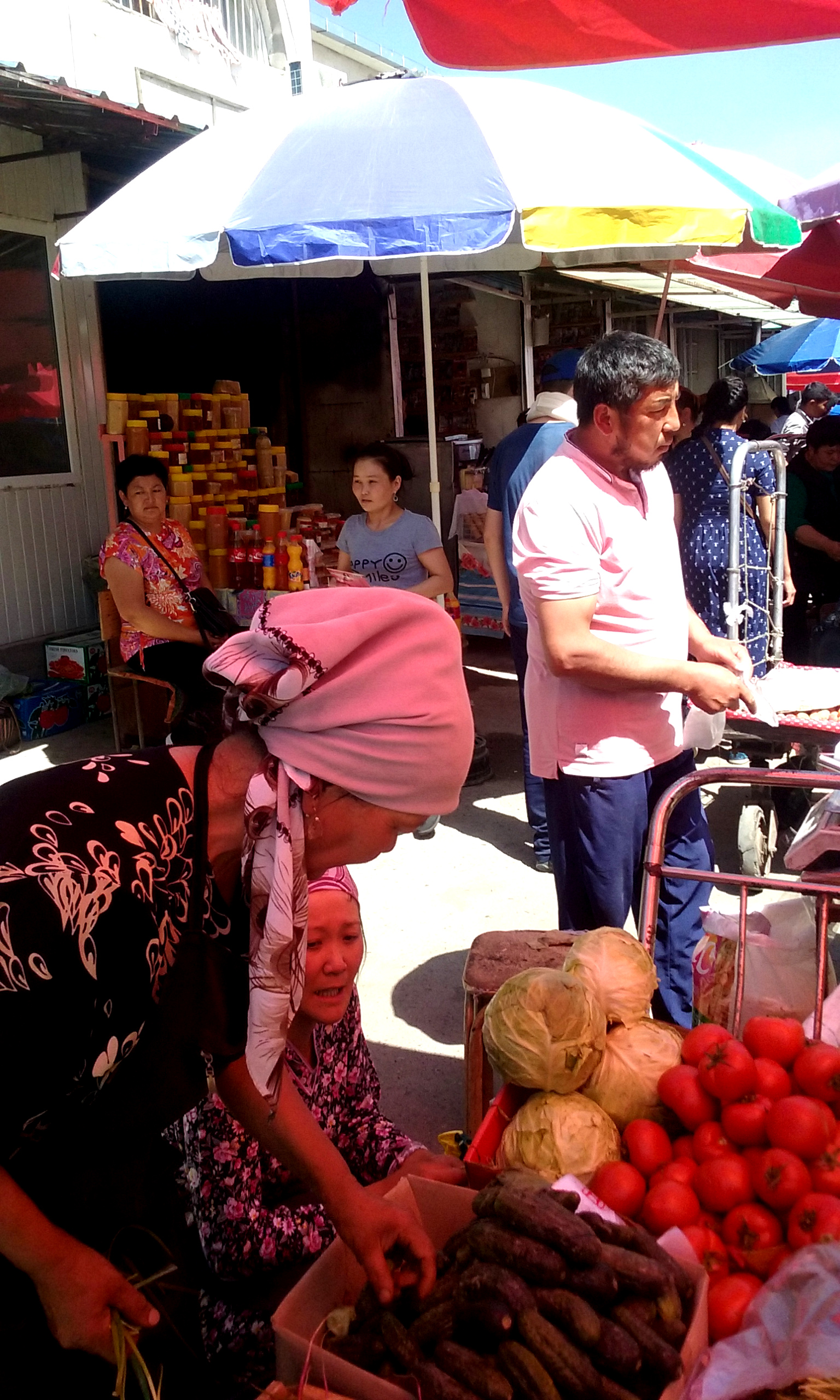 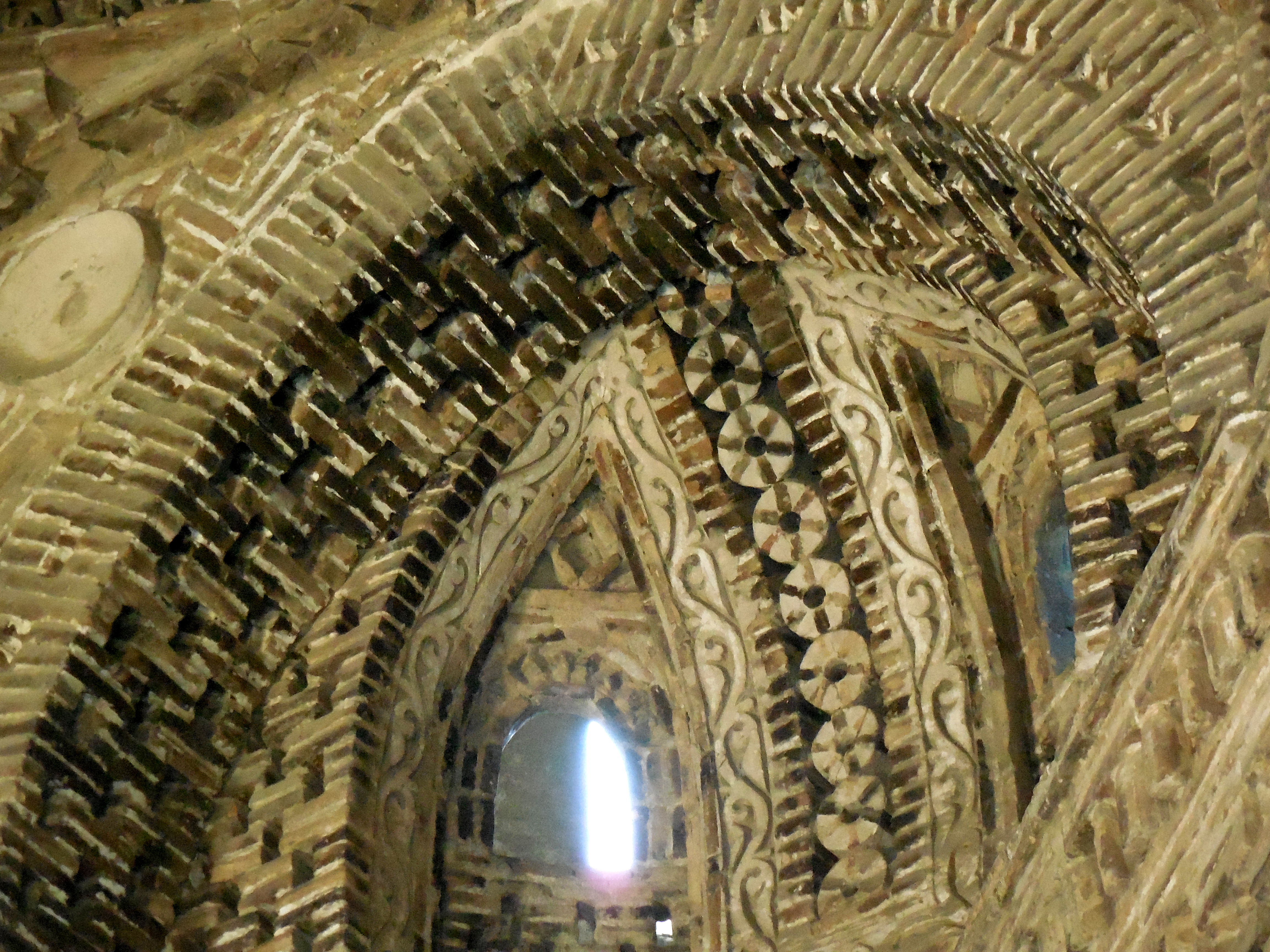 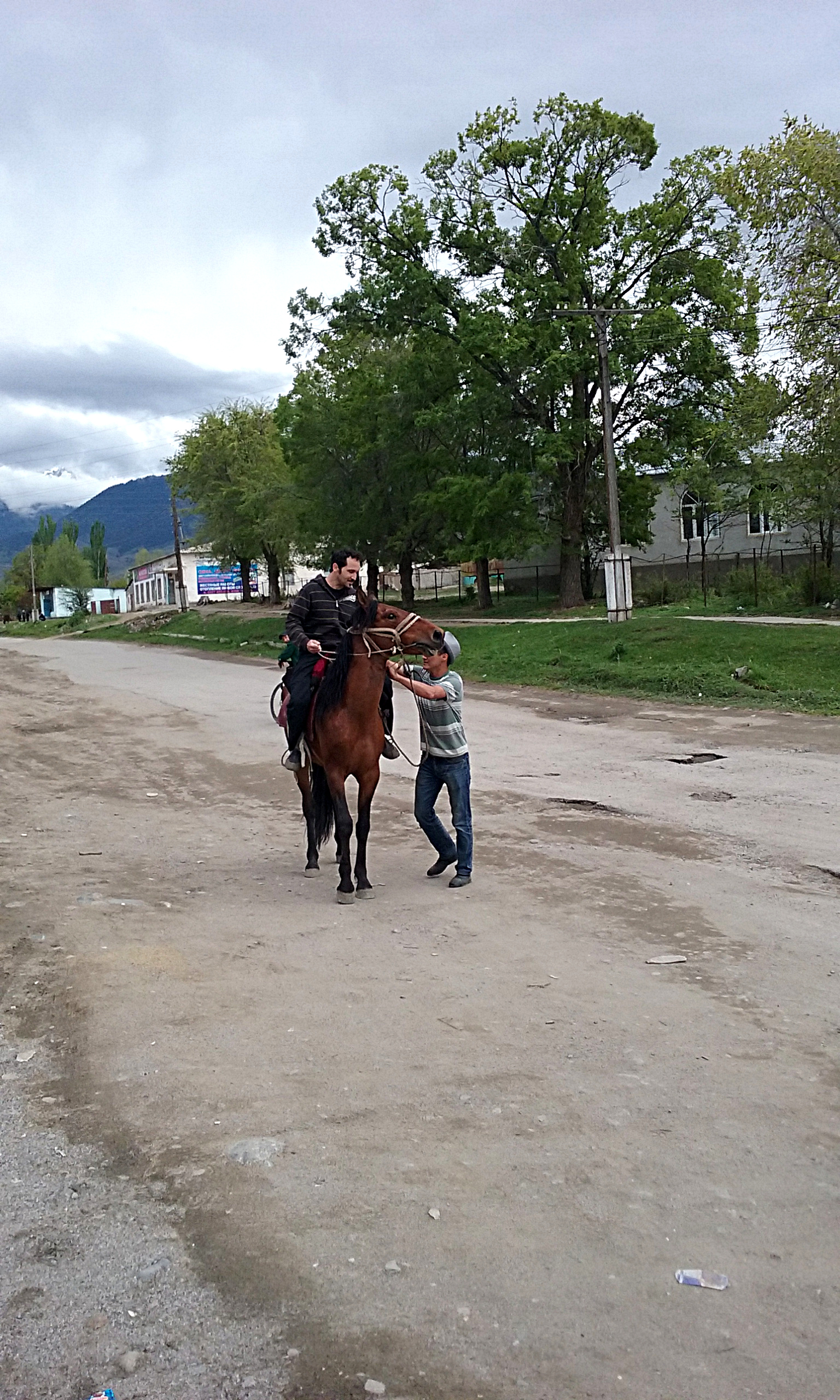 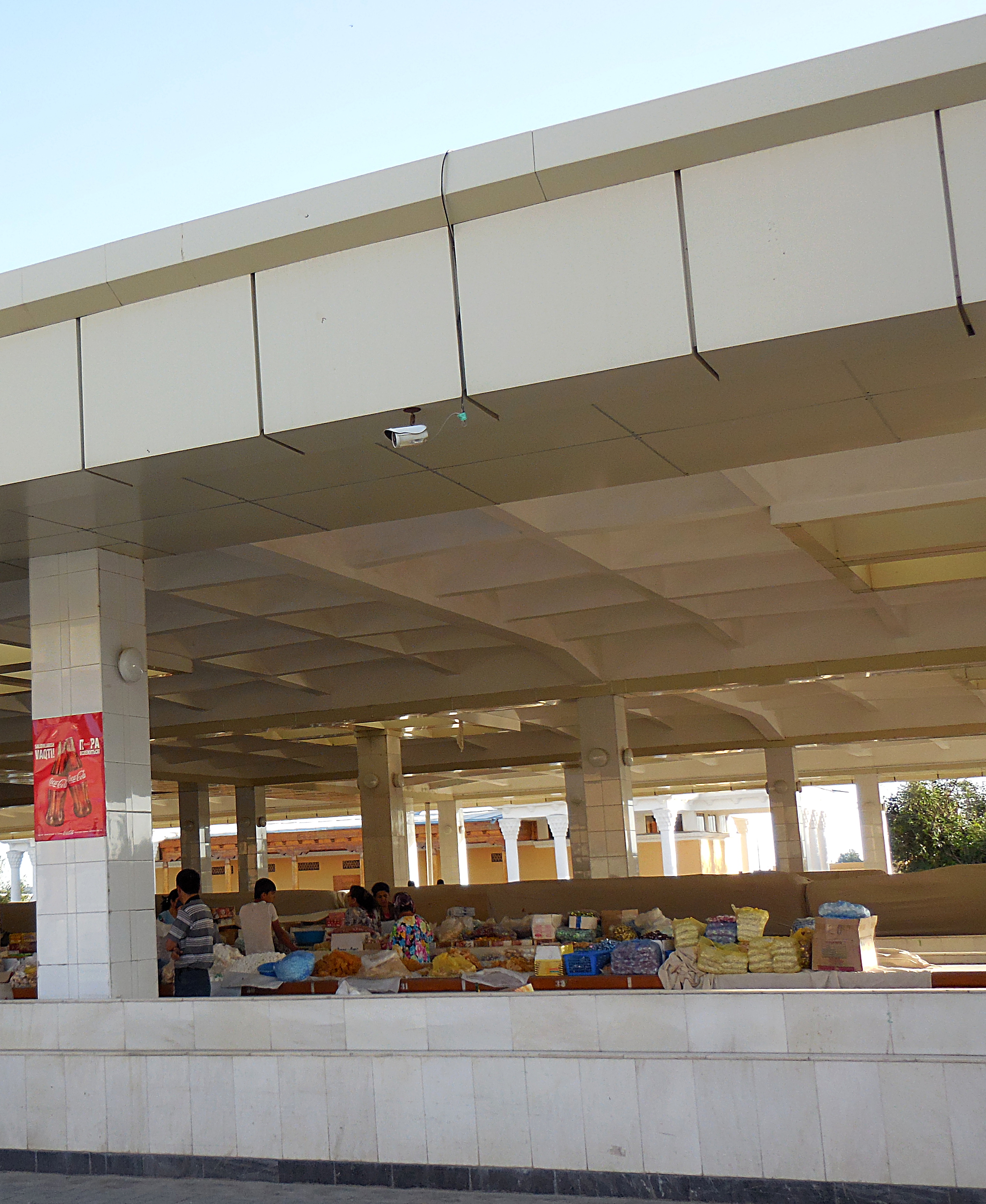 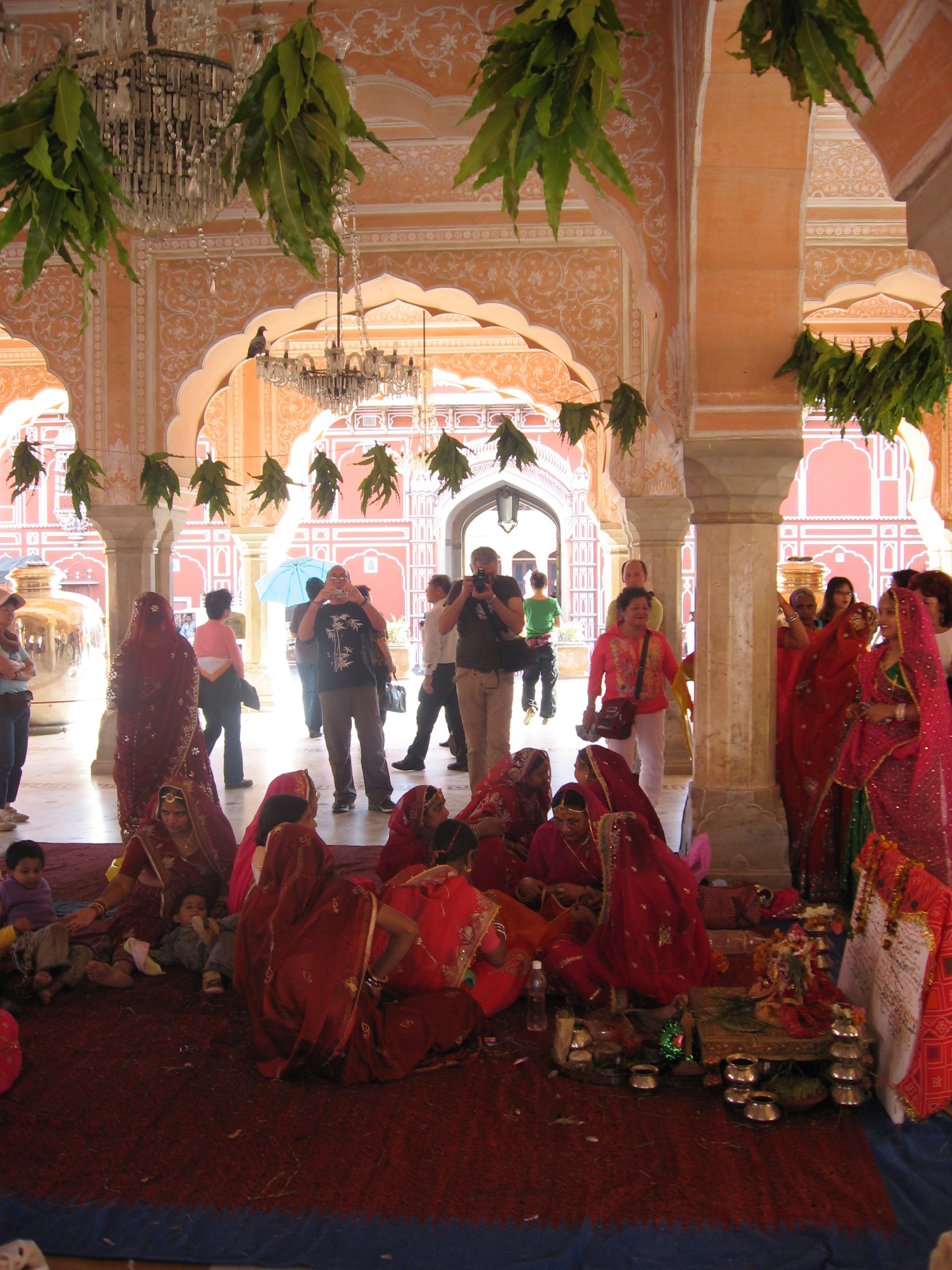 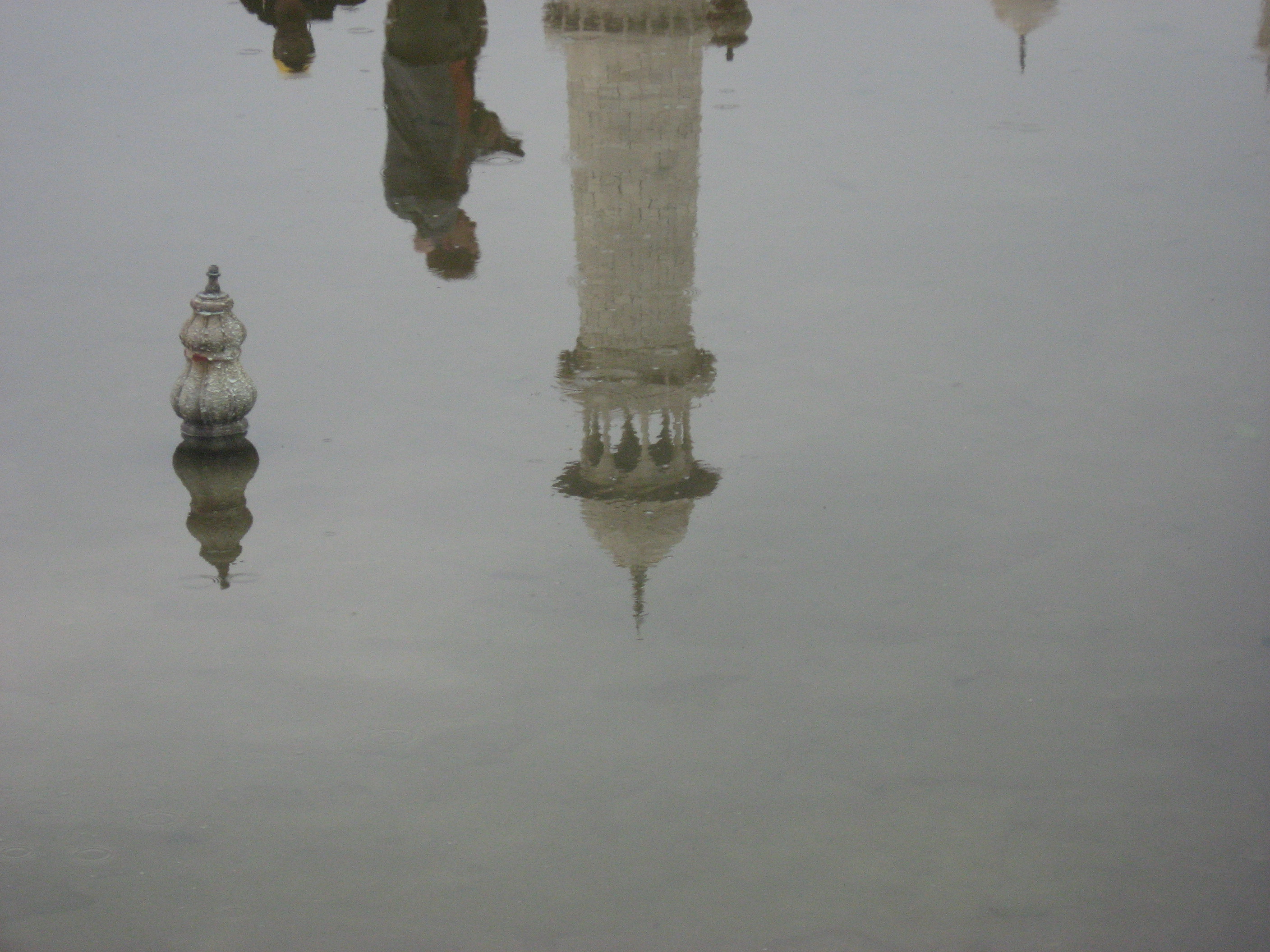 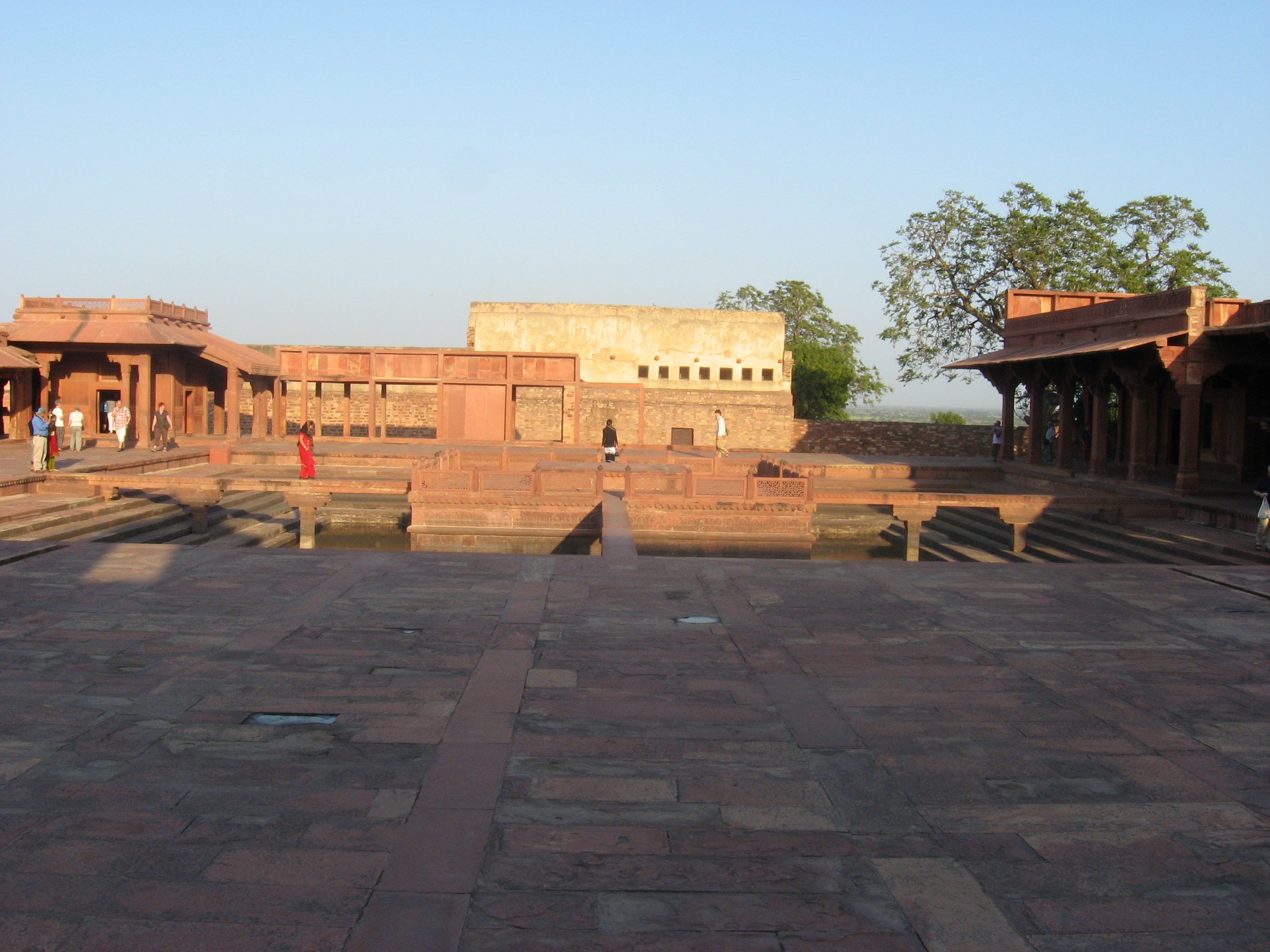 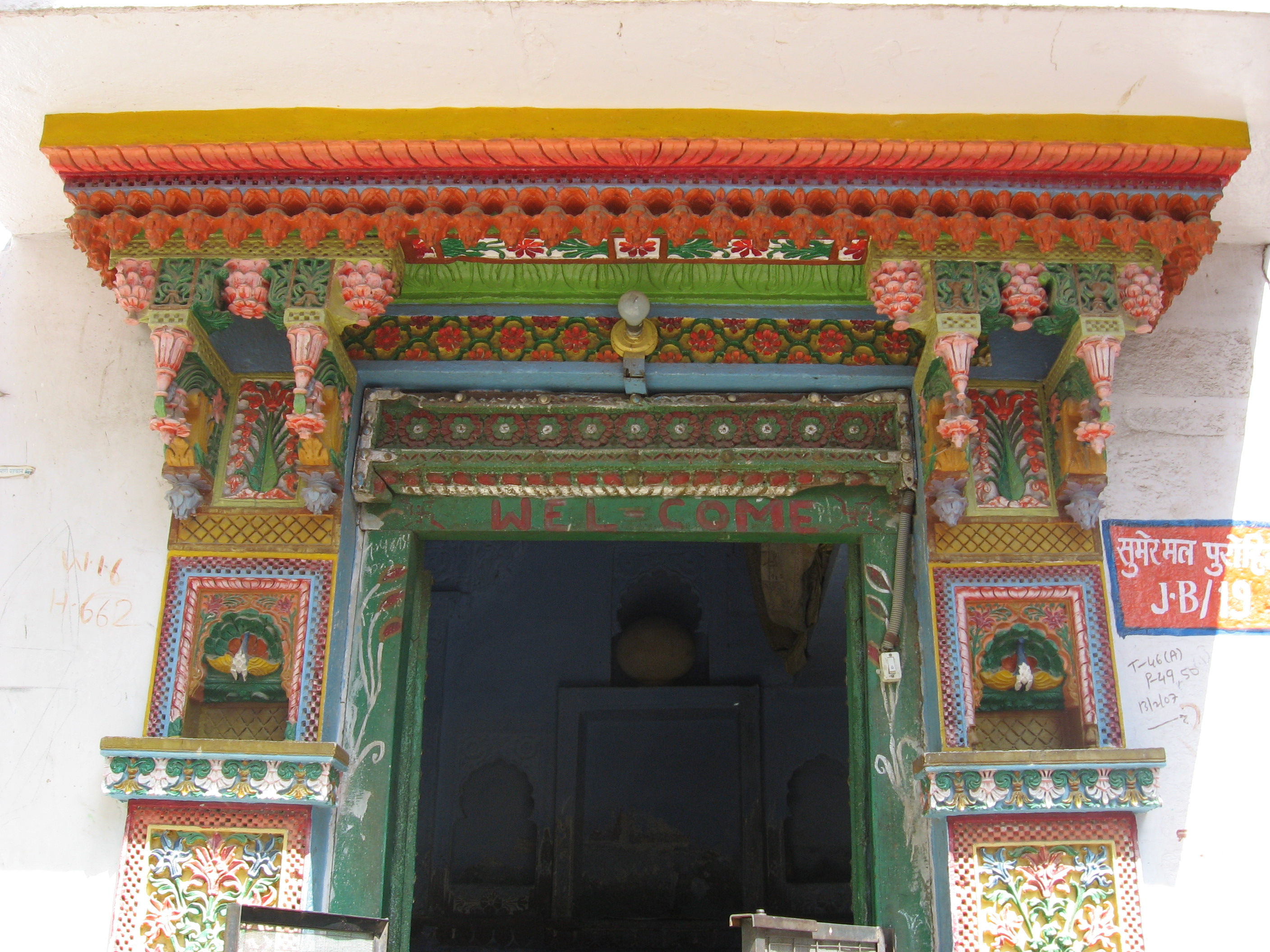 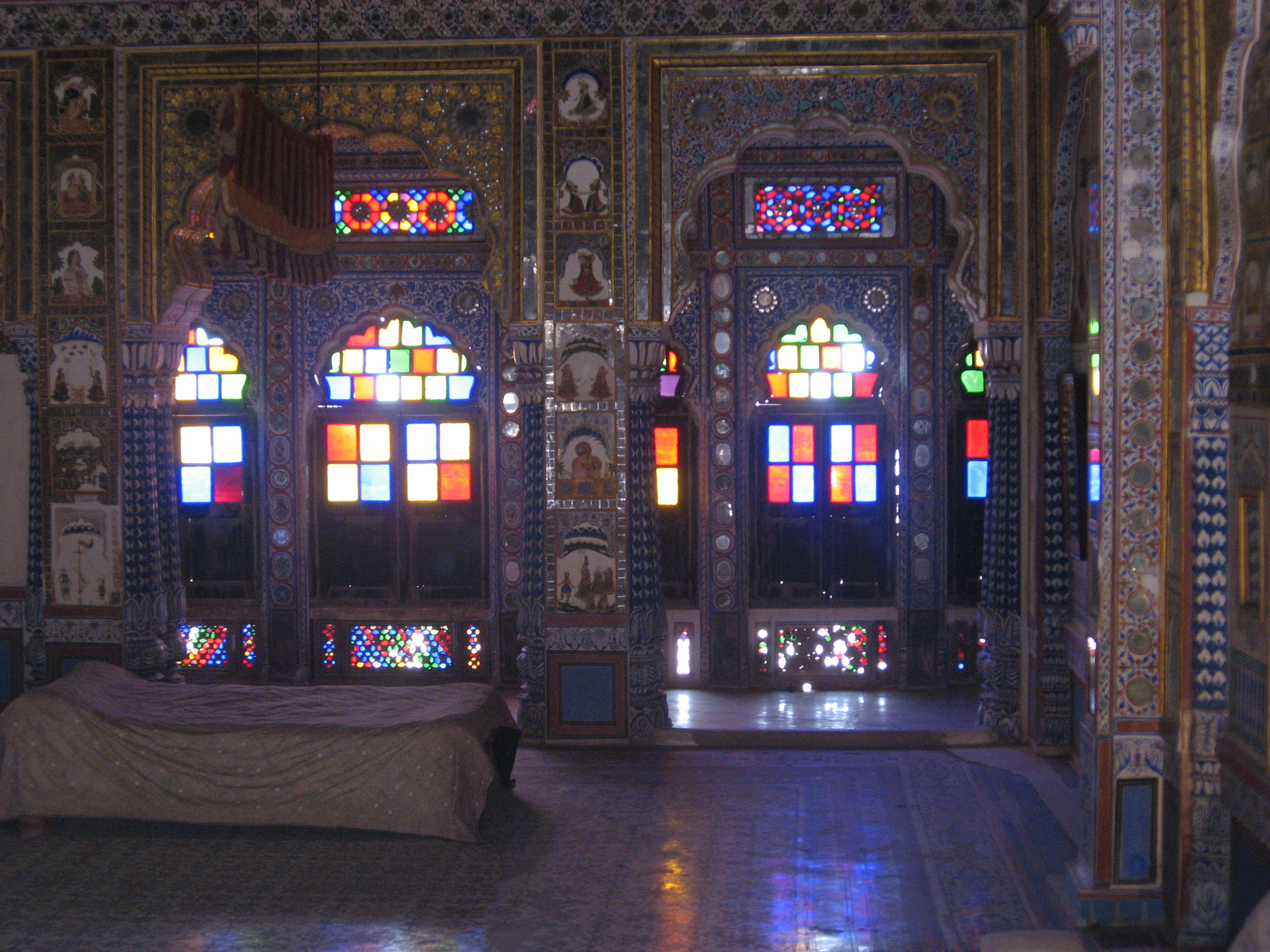